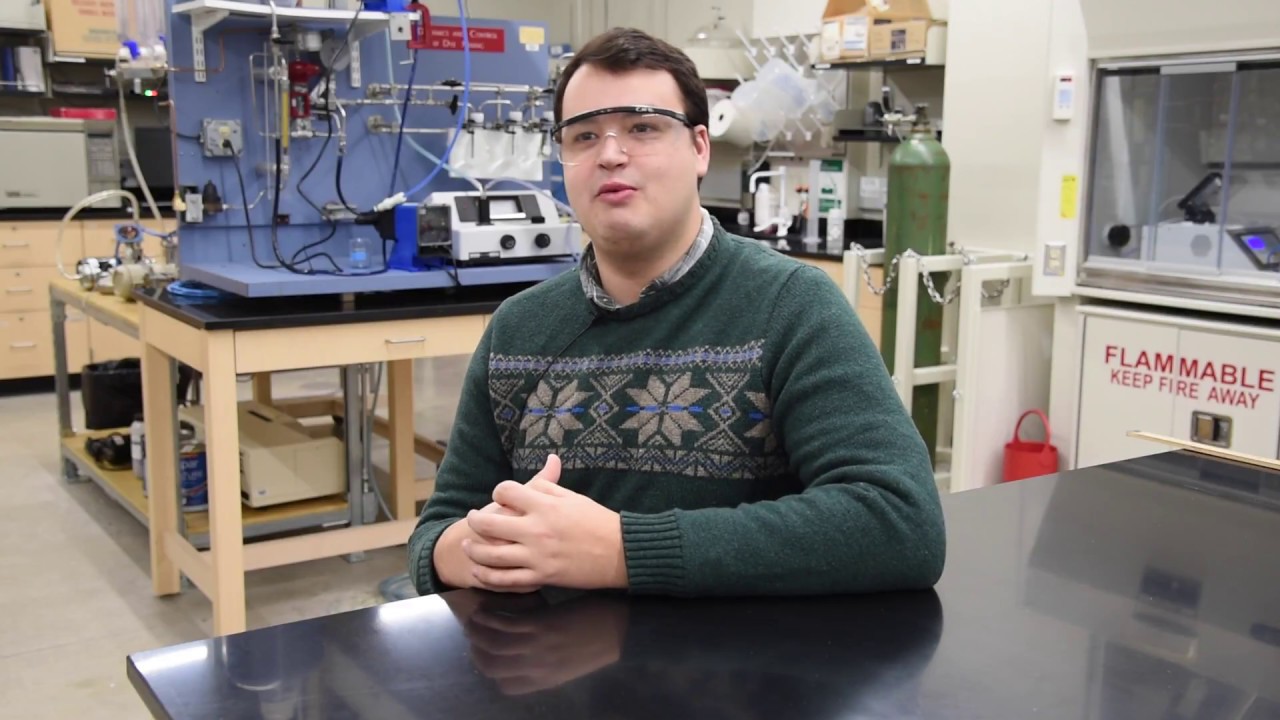 Matthew Baldwin is just a couple of months away from earning a dual degree in chemical engineering and German. As a TU student, he has studied abroad, completed an internship with a multi-national corporation and achieved fluency in a second language.

Learn more about the International Engineering and Language program. With graduation on the horizon, Baldwin already has accepted a job at the Wisconsin-based pulp and paper company Neenah Paper. He plans to participate in a training program that requires residency in Germany for two months at a time.

“It is possible I will work with operators who have only a very basic knowledge of English, so it is very good to have German to fall back on,” he said.

Baldwin’s preparation for an international career is due in part to the German he began learning in high school, but he elevated his cultural education at TU. He chose to major in chemical engineering because it fit best with his interests in math and science, but Baldwin also recognized an opportunity to continue studying a second language.

“It was easy to go abroad and stay on track with my engineering degree and that evolved into a plan of why not get both degrees?” he said.

For almost a year, Baldwin studied in Germany, primarily in the cities of Frieburg and Siegen, taking courses in math, science and humanities. His remaining free time was spent traveling, making friends with local students and immersing himself in the culture and language. Baldwin said he looks forward to exploring new areas of Europe and Germany, meeting his work colleagues and connecting with the locals when he returns later this year as a Neenah employee.

“That’s really the test of how well you understand the culture and language, how well you can make friends — when you’re dropped into a new area on your own,” he said.

Baldwin is a pioneer of TU’s new international engineering/science and language program that offers students a rare opportunity to earn a bachelor of science degree in an engineering or science discipline along with a bachelor of arts degree in a foreign language. The program is completed in five years and includes one year of classes and internship experience abroad.

“Your ability as an engineer to speak a second language in another country is critical,” Baldwin said. “The program offers the chance to get practice in-depth engineering language that you may use in a future job.”

Whether or not students are interested in a global career, Baldwin said the IEL/ISL degree is an option all should consider. The program is designed in a way that allows students to customize their degree plan based on interests and abilities. Deemed one of the most rewarding aspects of his time at TU, Baldwin said he would recommend the degree to anyone.

“Multi-national companies will value your international education more than you might think even when the job doesn’t explicitly say it,” he said. “Companies never know what their future plans are, and it’s always good to have a robust set of skills that involves foreign language and culture experience.”