This summer, The University of Tulsa is hosting 13 rising high school seniors from the Tulsa area and surrounding communities as TURC Junior Scholars. The program stems from the nationally recognized Tulsa Undergraduate Research Challenge (TURC), which allows standout high school students to engage with tenured and tenure-track faculty in the university’s state-of-the-art laboratories. The Junior TURC program has hosted more than 70 high school students since its establishment in 2012.

Seerut Parmar, a senior at Holland Hall, has been working with Gordon Purser, a TU chemistry professor. The two have taken on a project to determine whether a workout supplement is providing the extra boost that it claims.

Purser explained that the supplement, l-arginine ethyl ester, has been endorsed by athletes for several years, but “we haven’t found any evidence in the literature to support that position.”

As a TURC Junior Scholar, Parmar has the opportunity to look for such evidence or disprove the claims altogether. The high schooler was not shaken by being thrust into an academic environment at the university level.

“I felt prepared coming in,” she said. “I had to adapt and learn things about arginine that I didn’t know, but the people at TU helped me feel included and engaged from the first day. They made the transition from an AP Chem classroom to an actual research project a comfortable one.” 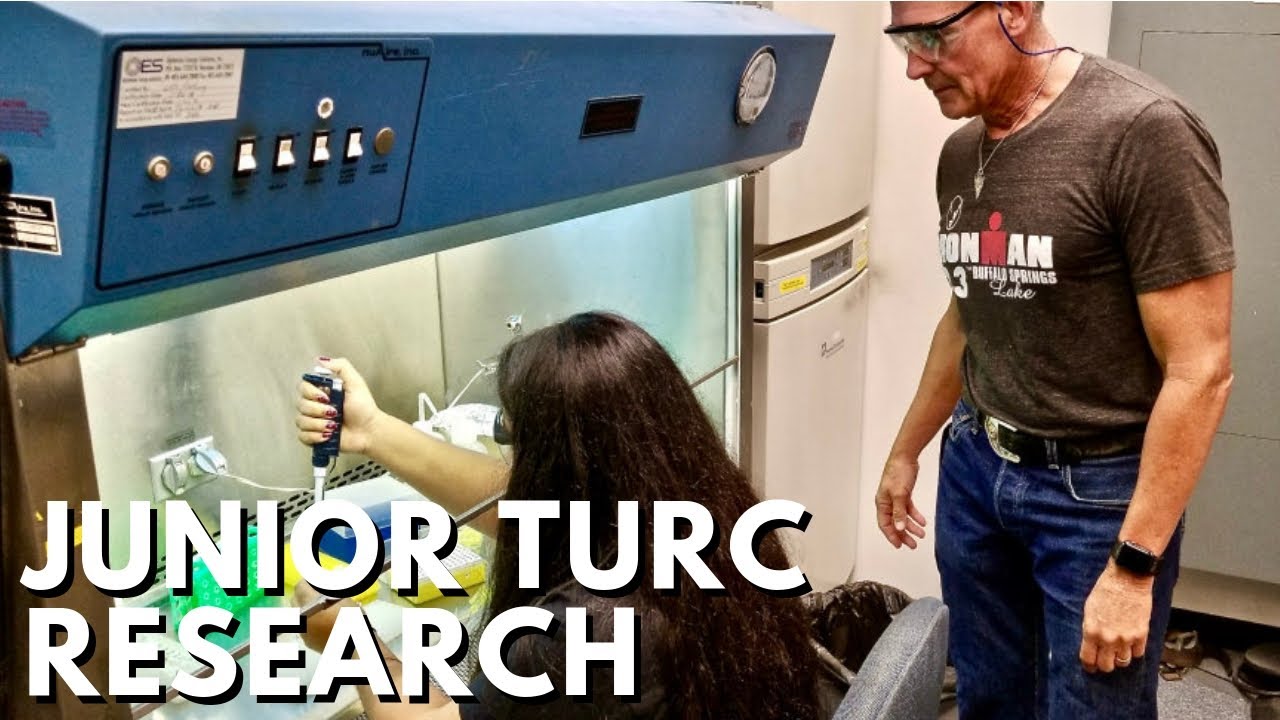 Purser, likewise, had nothing but good things to say about Parmar and the Junior TURC program.

“The high school students do not have the preparation of TU students – they haven’t had organic chemistry here, for example. But they’re also exceptional students from around the Tulsa area, so with very little guidance, they can come into the program and make a big impact. Working with Seerut this summer has been a pleasure. Nobody has been more eager to help and driven to learn.”

As the team continues researching, Parmar is laying the foundation for a potential career. She wants to double major in chemistry and journalism in college, planning a future where she can explore “writing with chemistry, or doing chemistry with writing.”

In the Department of Biological Sciences, Junior TURC scholar David Steichen is working with TU Associate Professor Akhtar Ali on a project about mycoviruses, or viruses that infect fungi.

One of these fungi, Fusarium oxysporum, has destroyed large percentages of cotton crops in Texas and will only continue to spread if no remedy is found. Since cotton is a major cash crop of the southwest, a deadly fungi could significantly damage the economy.

Steichen and Ali are working to prevent this. Their research with mycoviruses is aimed at using these mycoviruses as a control agent to stop the spread of the fungal disease.

As Steichen explained, “We are trying to isolate the virus and purify it, find its specific RNA, DNA and genetic material, then eventually get that into sequencing.”

Doing so would make the cure achievable.

“After sequencing, we would have to make a solution to drip near the root of every plant,” Ali added. “The virus would be transferred by nature. It would be a solution with no pesticides, no environmental pollution and positive long-term effects.”

In other words, Steichen has spent the summer focusing on research that can help the Midwest economy. Come August, he will return to high school at Bishop Kelley to focus on AP tests and choosing a university to attend next year.

Steichen spoke on this dichotomy of high school life versus college research, saying that he finds joy in both and values them for different things.

“I recently took AP Bio and learned about DNA and how it’s sequenced,” he said, “But never had I actually sequenced it. At TU, after watching, learning and asking a lot of questions, I was able to dive into the research, and being immersed in what I’ve studied helped me truly understand it.”

Ali, regarding the Junior TURC program, said, “It’s a pleasure to work with such bright, intelligent high school students that want to engage with a research project such as this.”

While Steichen hopes to pursue more research or a career as a medical doctor, Ali will continue his research on crops, and both of them will certainly help advance their fields.

“This is a great experience to learn as much as I can to work with college research while in high school,” Steichen said. “I’m seeing how research works and getting a clear path of where I want to go.”