When an undergraduate student approached University of Tulsa Assistant Professor of Chemistry Erin Iski with a new strategy for laboratory learning, no one expected the idea to result in almost four years of research and a published paper. But that’s exactly what happened when Iski encouraged chemistry and music education major Greg Jones and chemistry doctoral student Jesse Phillips to pursue a new project.

“Using a Guided-Inquiry Approach to Teach Michaelis–Menten Kinetics” was published in the American Chemistry Society’s Journal of Chemical Education on July 3, explaining how Iski, Jones and Phillips applied a guided inquiry-based system of lab instruction to this specific type of physical chemical kinetics.

“My research with former TU Professor Justin Chalker had led me to perform kinetics experiments to investigate the efficacy of a molecule as an enzyme inhibitor,” Jones said. “For me, it was these research experiences that formed the foundation of my chemistry education at TU.”

A teaching tool Iski described as “fun and different,” the strategy involved two components: an inquiry-based exploratory approach to lab data collection and asking students to create their own experimental design involving Michaelis-Menten kinetics and inhibition.

“Here in this department, we’re progressively improving laboratory procedures, which are almost always very arcane — they don’t tend to work,” Iski said. “As faculty, we focus mostly on lecture and that takes most of our time, but students spend three hours every week in labs.” 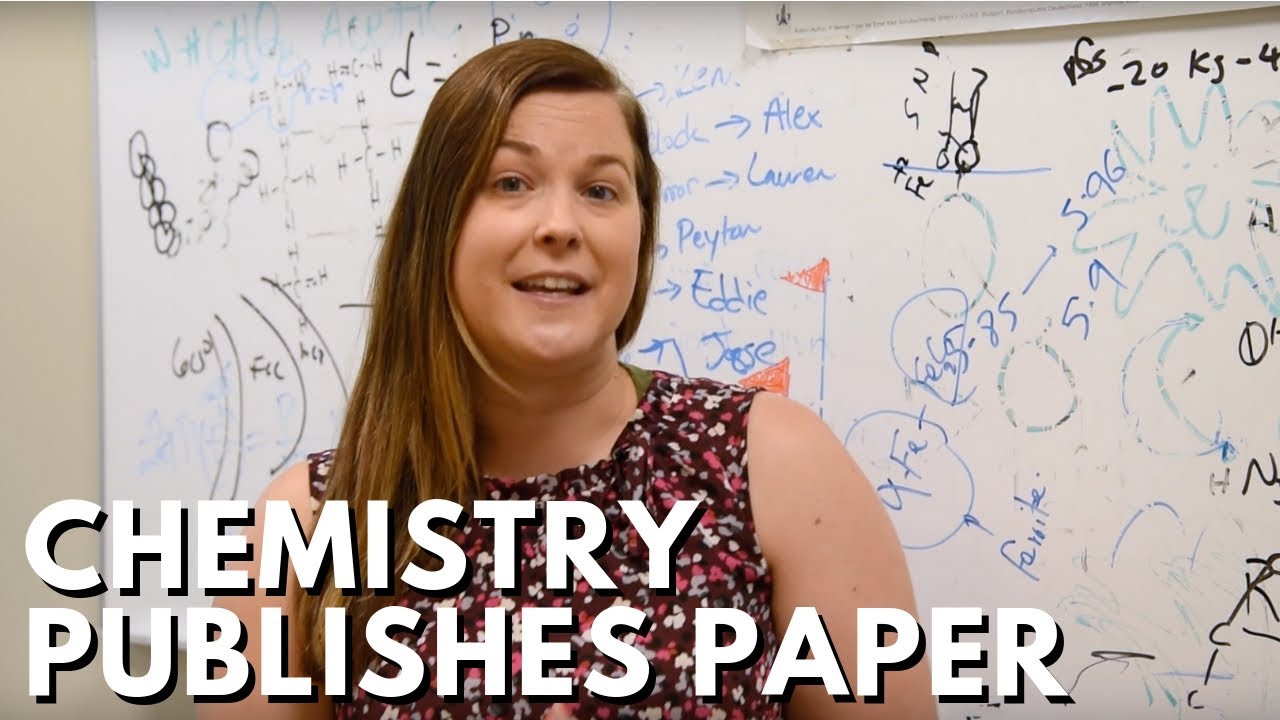 Phillips, who completed his Ph.D. degree in chemistry in May and now works as assistant director of research and development at Xcaliber International in Tulsa, said physical chemical kinetics is a challenging concept to teach at the undergraduate level. However, by using a guided inquiry approach, student post-assessment scores recorded after the two-week Michaelis-Menten lab rotation improved greatly compared to pre-assessment marks. Students were provided material to review at home on their own time in preparation for the lab series. Week one involved designing and implementing a method to collect data on a simple kinetically-driven chemical reaction and then develop a means to inhibit this Michaelis-Menton enzymatic reaction as well as identify the type of inhibition in week two.

“I was present for the entire lab and tried to direct students in a way that would facilitate good results without explicitly telling them what to do,” Phillips explained. “Determining the type of inhibition they needed to prevent a chemical reaction allowed them to learn a lot about the overall kinetics process. They may not have even realized they were learning chemical kinetics in a more efficient way.”

The spike in post-assessment results suggests students learn more when the instruction is self-directed, Phillips said. “Students have a greater uptake of knowledge when they’re in charge of their own learning it versus sitting in a lecture hall where it can be more difficult to follow the instruction.” Chemistry and biochemistry juniors participated in the lab experiment, and the assessment results of 37 students from two iterations of the lab were featured in the ACS paper. Research that is focused more on education in chemistry rather than experimental surface chemistry in a traditional sense is what distinguishes the paper from other published projects in her research lab, Iski explained. Instead of proposing an exact series of steps paired with specific lab instructions, students were given more freedom to solve a question by examining the Michaelis-Menten kinetics and understanding the potential reactions on their own. The research showed learning in an inquiry-based way helps students understand Michaelis-Menten kinetics more effectively.

“This is a topic I also teach in lecture but in a lecture you have maybe 20 minutes on a concept, sometimes 30, so you don’t have time to get into the nitty-gritty about how you would actually measure the kinetics in a real setting,” Iski said. “This new idea of students developing their own experimental designs has been growing in the education literature over the past 10 years, and publication in July, during the summer, is a good time to catch the interest of professors who are working on their syllabi for the upcoming fall.”

What makes the research paper even more relevant is the fact that Jones, an undergraduate at the time, is the one who initially proposed the idea to help fellow undergraduates grasp such a tough chemistry concept. “Greg came to Dr. Iski and me while he was working in our lab and proposed using this type of inquiry-based lab to teach chemical kinetics,” Phillips said. “We worked together on the project while I completed my Ph.D.”

As the physical chemistry lab teaching assistant for the physical chemistry lab, Phillips facilitated the experiment, while much of the initial prep work was completed by Jones. “Greg created a rubric we used to make sure the grading was very uniform in an attempt to prevent outliers when collecting data from students, grading lab reports and scoring pre- and post-lab assessments.”

A team effort for a universal technique

Once Jones completed his two undergraduate degrees in 2016, he was accepted to graduate school at the California Institute of Technology where he is currently pursuing a doctorate in chemistry. Despite the distance, Jones and Phillips kept the project going with weekly Skype updates, tweaking the experiment from iterations one and two, double-checking each other’s lab analyses and making additional lab changes based on what Phillips experienced in the lab. Other TU chemistry and biochemistry faculty, such as Associate Professor Robert Sheaff and Professor William Potter, contributed to improvements in the lab.

“Inquiry-based laboratories bring raw creative design and evaluation skills to the forefront of the educational experience, not only making for better chemists, but undergirding a strong liberal arts education that should be the mission of a university,” Jones said.

After three years of data collection that indicated the success of a guided, inquiry-based lab, Jones and Phillips developed the charts and graphs, gathered statistics, drafted the first version of the paper for Iski to review and began the diligent process of publishing a paper in a nationally known and peer-reviewed scientific journal.

“It’s definitely a universal technique that can be used for anyone in the scientific field to get a better understanding of many different scientific subjects,” Phillips said.

One of the main takeaways from the paper, Iski said, is that Jones and Phillips “worked very hard and iteratively improved the lab over the course of three years, something that took significant effort and time.” The inquiry-based concept generated a 10-point jump in conceptual understanding between iteration one and two, and the group has several ideas for a third version. “It’s positive in the field to see that you don’t just write a lab and let it sit and never make any improvements to it. We can use it once and then use the students’ responses to make it stronger for the next time. We don’t live just in research land or education land, it’s the two coming together and that’s why I like how these two students took up the project and said, ‘let’s publish this.’”