As regional winners, TU team members and petroleum engineering students Juan Diego Comella, Umer Farooq, Blazej Ksiazek, Misael Morales and Luke Moran are invited to compete at the Society of Petroleum Engineers (SPE) Annual Technical Conference and Exhibition (ATCE) World Championship in Calgary, Canada, next fall. Farooq, captain of the TU PetroBowl team said, “We go very hard on preparation, but we know the potential is out there from the other teams as they are the best of the best from colleges all across the world. But (when we went to Houston), we did our thing, it went really well, and we were No 1.” 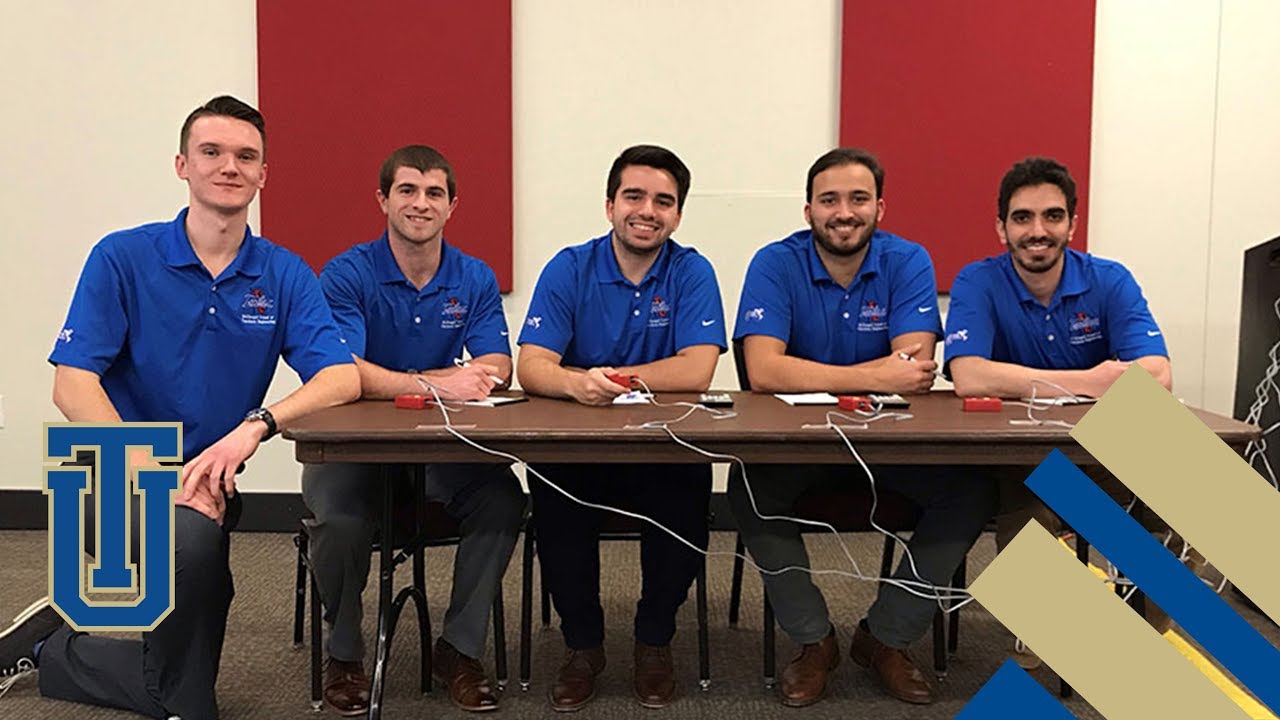 The PetroBowl competition coordinates student SPE chapters to battle against each other in a series of quick-fire questions. Four-member student teams compete in petroleum engineering trivia, including technical and nontechnical industry-related questions. The PetroBowl was founded by the Society of Petroleum Engineers International.

Each member of the team studies a category of the questions to make rehearsing easier. Farooq, a-soon-to-be Ph.D. degree graduate in petroleum engineering, studies reservoir and formation evaluation. Comella focuses on drilling, production and general knowledge, in addition to SPE history. Morales concentrates on geology and geophysics and Moran on drilling and well completions. Ksiazek is a sophomore and the current alternate for the team as well as the TU SPE PetroBowl chair, concentrating on drilling and general knowledge in addition to SPE history. Mike Stafford, faculty instructor in petroleum engineering, is the SPE PetroBowl faculty adviser for the TU team.

Comella explains that Farooq is dedicated to the group’s success. “Our captain is really like a coach. He writes questions for us to practice and has been doing this for a while.” The team meets once a week until closer to competition when they begin meeting every few days.

Farooq agrees and said, “It’s a great way to represent TU on an international level.”

For the future, the TU PetroBowl team is brainstorming to create an internal PetroBowl event for just TU petroleum engineering students, similar to an event held in 2016. They also have an idea to create an A team and B team to recruit students for future competitions. “There’s a lot of talent at TU and this is a commitment, but we are looking forward to what’s next,” Farooq said. “I believe our team is very capable of clinching the victory in Calgary this fall.”